Due to the unprecedented circumstances, this year we celebrated our award recipients with a virtual toast on June 4, 2020, since we were unable to hold our traditional Annual Dinner and Awards Banquet.  We hope the awards will be formally presented at a celebration later this year.  This year our 2020 award recipients and the reason for their honors are listed below.  Please congratulate them and thank them for their hard work advancing our mission and improving justice for all in our state.

Board of Governors Award - Christopher Seufert

For a complete listing of past award winners, please view list here.

Board of Governors Award

The Board of Governors Award is presented to a member or associate member of NHAJ who has demonstrated exemplary support of the Association and its goals over an extended period of time through the volunteering of his or her time and expertise and/or financial support.

This year the BOG award was given to NHAJ Past President, Christopher Seufert. 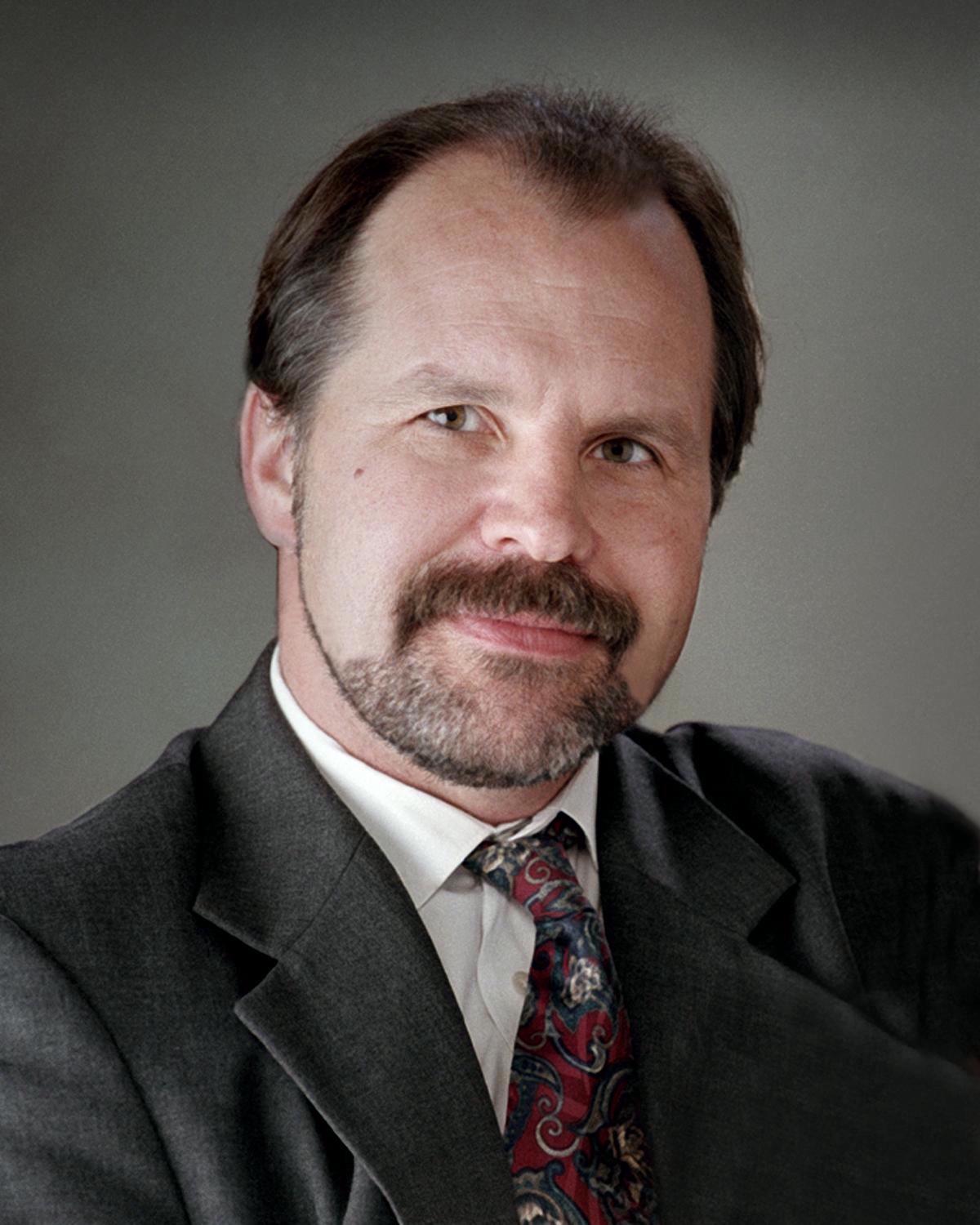 Chris is a stalwart member of this organization, and was nominated for his exemplary work and support this year through his testimony at the legislature and his reinvigoration of our Voices for Justice Campaign by making innumerable phone calls to raise money to keep our legislative efforts alive.  He not only helped us meet our goals, but he helped us exceed them.  Chris has also been representing our organization on the national stage through his efforts with AAJ.  This so-called “country lawyer” has gone above and beyond this year.  Chris has been a member of the board for many years and is probably long overdue for this award.

Chris is the former president of NHAJ.  He holds national certification as a Civil Trial Specialist.  He is licensed in state and federal courts in NH, MA, and NC, and he is admitted to practice in the United States Supreme Court.  He received his law degree from Suffolk University and has been practicing law on behalf of injured plaintiffs since 1984.

Special recognition is given periodically to attorneys in New Hampshire who, in the course of zealously representing their clients, pursue and help achieve substantive changes in the law of the state which improve our civil justice system, enhance the rights of citizens’ access to the courts, preserve the right of trial by jury or enhance the right of everyone to attain full, fair and timely remedies for civil wrongs.

This year the Granite State Advocate award was given to two deserving people who have been devoting their careers to changing the law in NH and who have both previously received this recognition for their work and zealous representation of their clients – BJ Branch, Jr and Brian C. Shaughnessy. 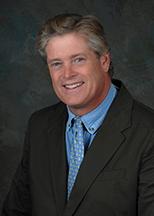 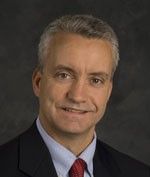 BJ was nominated for this award for his work in Stachulski v. Apple New England, LLC, 171 N.H.. 158 (2018), where the Supreme Court recognized the availability of hedonic damages for plaintiffs who are hurt but have non-permanent impairments.

Brian was nominated for his work in Bloom v. Casella Construction, Inc., 2019 N.H. LEXIS 214 (October 16, 2019), where the Supreme Court expanded principles of third party liability in New Hampshire by adopting the principles in the Restatement (Second) of Torts §324A.

BJ is a partner at Backus, Meyer & Branch, LLP in Manchester, where he represents injured plaintiffs in personal injury, products liability, and worker’s compensation claims.  He received his law degree from Vermont Law School and has been practicing in the State and Federal courts in New Hampshire since 1986.

Brian is a partner at Shaughnessy Raiche, PLLC in Bedford, where he represents injured plaintiffs in personal injury, landlord-tenant, and worker’s compensation claims.  Brian received his law degree from Boston University School of Law and has been practicing in the State and Federal Courts in New Hampshire since 1989.  Brian is very active in the New Hampshire Bar Association Pro Bono Referral Program.

The NHAJ Lifetime Achievement Award is awarded to an individual who provides outstanding service and dedication to the NH Legal System over the course of their lifetime.  This year the award was given to Mark A. Abramson, Founding Member of Abramson, Brown & Dugan, P.A., in Manchester. 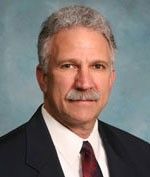 Mark has been advocating for the rights of NH Citizens since 1975.  He is recognized for his advocacy work in and out of the court room.  Mark has supported and promoted this organization and its mission since inception.  He has been involved in numerous landmark cases through his career to help injured plaintiffs get fully compensated for their injuries when they are harmed, expanding the concept of bad faith causes of action against insurance companies, expanding hedonic damages to non-death cases, challenging sovereign immunity, and getting sanctions imposed on defendants engaging in discovery abuse.  He has been dogged in his fight to hold insurance companies accountable, and he is still advocating in the legislature to try to get a bad faith cause of action codified in New Hampshire law.

Over his career, Mark has received just about every accolade a civil trial lawyer can earn, including ‘Best Lawyers in America,’ New England Super Lawyers, Law Dragon 500, NH Top Attorneys, Boston’s Best Lawyers, and he has been selected as ‘Lawyer of the Year’ in  Plaintiff’s Personal Injury Law by Best Lawyers in America on several occasions.  Mark is a fellow of the prestigious American College of Trial Lawyers, and he has achieved an AV – Preeminent - rating from Martindale Hubbell.  Mark has led by example in this organization through his financial support, his mentoring and advocacy.  He has masterfully turned the skills of discovery depositions into an art form.  He has served on the Board of Governors of this organization and has authored numerous articles in the Trial Bar News on important issues protecting plaintiff’s rights.

Mark received his law degree from the University of Toledo College of Law and has been advocating for the rights of New Hampshire citizens in New Hampshire State and Federal Courts since 1975.

The Civil Justice Award was established in 1996 to recognize individuals who have demonstrated a long-term commitment to the goals for which the New Hampshire Association for Justice was established, namely, “to promote the administration of justice for the public good,…to uphold the honor and dignity of the profession of law,…to uphold the right of trial by jury,…to preserve and enhance the rights of persons to have access to the Courts and our system of justice,…and to afford everyone a full, fair and timely remedy for wrongs done. “ In short, this award recognizes outstanding commitment to the improvement and preservation of the American civil justice system. The award is not limited to members of the NHAJ or even to attorneys.  This year the award was given to our consigliere, Thomas “Tom” Watson. 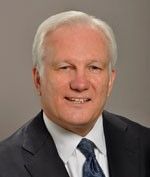 Tom has been a stalwart member of NHAJ.  Tom was president of NHAJ from 1995 to 1996.  While many individuals consider being president the end of their tenure at NHAJ, Tom just got started.  For 8 years Tom was legislative chair for NHAJ.  Tom’s service to NHAJ’s Board of Governors is in its 31st year.

For the past 2 decades, every new president of NHAJ has asked Tom to serve on the Executive Committee, which he has done.  His seniority and knowledge of our organization has been an immense help to past, present and future presidents in running the organization.  In fact, at a recent event, Tom’s title has now become counselary of NHAJ.

Tom has received numerous awards from NHAJ and AAJ and in 2013 he received the Donald Dufresne Award for outstanding professionalism from the New Hampshire Bar Association.  In 2015, Tom was inducted into the “Loyal Order of the Rock” by the Rockingham County Bar Association in recognition of longstanding dedication to clients, colleagues, and community.

Tom is very deserving of this award as evident of his 30 plus years of service to NHAJ and AAJ.

This year that award was given to NHAJ Operations Manager, Lisa Gowern. 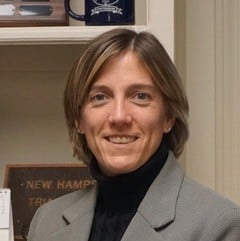 In a tumultuous year of abrupt changes due to the State of Emergency from the COVID-19 pandemic, Lisa has kept this organization running and on track without blinking an eye.  Her resilience and adaptability allowed us to quickly make our live events virtual, start offering virtual CLE webinars, and still continue to offer the same member benefits we have always offered.  Lisa did all of this while working remotely and teaching her children while schools were closed.

This year, Lisa has streamlined NHAJ operations by decreasing costs, increasing sponsors, and adding new member benefits.  We are lucky and proud to have such a loyal and dedicated manager as part of our team.Lisa received her Bachelor’s degree from Boston College and has been coordinating conferences and events and managing organizational operations since that time.  She also volunteers and coordinates the New Hampshire Destination Imagination program for students across New Hampshire.  She leads by example and we could not have ended this year with the financial and operational stability we have without her.